by Stephanie on December 31, 2016 in Mommy Challenges, Mommy Nostalgia • 0 Comments

What a year, what a year. Let’s put it this way…it’s was a year full of surprises, and not always the good kind. But when that happens, one hopes that there are lessons learned along the way that make you a better person. More to come on that… 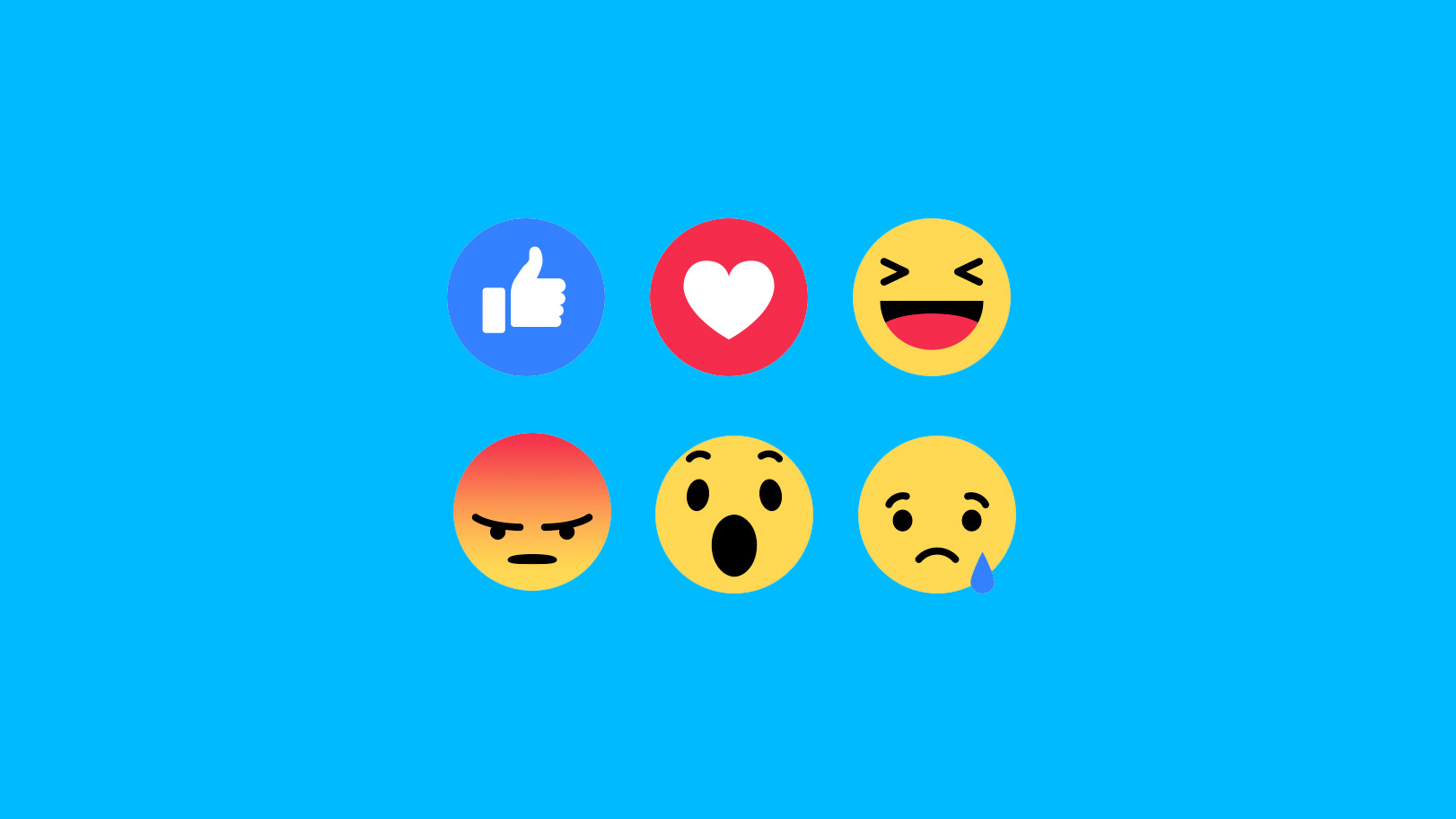 It started out fairly quiet, with the usual falling asleep too early on New Year’s Eve and setting an alarm to (sort of) wake up and watch the ball drop in Times Square. Yes, I am that old! LOL

Early in the year, we were still in moving boxes and getting settled in, while I worked to bring some modern HR practices to a company seemingly still operating in the dark ages in so many ways. It was challenging and invigorating, and despite the challenges, I loved it! I had a fabulous HR staff, and felt great about the progress we were making. Anyone who knows me knows that I love my profession, and that I take pride in working to create an engaging, productive, and fun culture. The rewards are great, and in this company, I became comfortable and confident in the work we were doing.

In May of 2016, my family received a tremendous blow. My Dad, the best man I know, was diagnosed with Stage 3 lung cancer. Even though they caught it early, it was Stage 3 because it did reach the lymph system. And yes, Dad was a smoker years ago, but quit at least 30 years ago, so this was unexpected and obviously super scary! Simply put, I am NOT ready to lose EITHER of my parents yet! They are too young, and so am I! 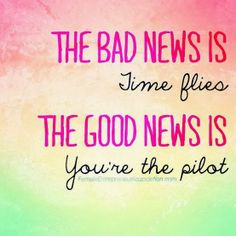 I went up to visit just before he started treatment, just for moral support and to spend some time…worried about how he would handle the aggressive treatment they had planned. I took Taylor with me, with the plan to lighten the mood with her infectious silliness and laughter. It was fun, even though our moods were somewhat darkened by the upcoming treatment implications.

After that, Dad went into 2 full months of very aggressive chemotherapy and radiation, and I think I just held my breath to some degree during that time. He thankfully handled the treatments well – no extreme sickness, but it did wipe him out in terms of energy. For that, I was grateful, because it could have been so much worse.

As if that wasn’t enough, on July 8th, 4 p.m., I was unceremoniously fired from my position. Apparently, according to them, I did not “fit the culture” of the organization. The real truth was that the owner’s father, an 83 year old “old school” type of leader, didn’t have an appreciation for Human Resources in general, and certainly not my commitment to a more empowering, collaborative and less dictatorial style. So just like that, I was dismissed.

If you’ve ever been fired, you know how it feels. For me, someone raised with an incredible work ethic and a history of stellar performance, it was unbelievable – and that’s an understatement. I mean, seriously – even when I was in high school and had a part time job (and probably thought about quitting just so I could go to a party) – I was never disciplined or fired – I just simply couldn’t do anything but the right thing.

It was confirmed that my departure had everything to do with the old man – not fair, but blood is thicker than water, so it was what it was. But it still was quite the blow to my confidence and made me re-evaluate where I was in my career and where I wanted it to go. It goes without saying that trusting another corporation with my livelihood was not at the top of my “desired” list, so there was a lot of soul-searching about my next career move that went on over the 2016 summer.

Honestly, considering the “shit-show” (as I affectionately call it) that was the company’s operation, there was a part of me that thought, “they are not worth my efforts and contributions!” That in itself can be empo 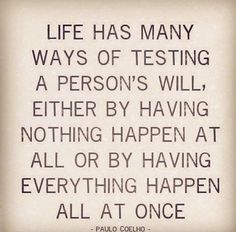 wering and positive! I can find something better! A company who will appreciate me! That will be grateful for my contributions! YES! YES! YES!

But…the hardest part of the whole thing was that I had hired a fantastic HR team – both ladies who were amazing and competent and that I grew to know as close friends – and when all this went down, I lost one of those friends. I’m not sure if it was due to fear for her position, or if I really didn’t know her as well as I thought I did, but regardless, it simply HURT. Still hurts. Badly.

So for five months, I spent my time looking for a new position – something I’ve never really had to do – and boy is that depressing. Anyone who has been in that situation knows the job search market is NOT a friendly place. But I won’t digress…let’s just say it wasn’t fun.

I spent the summer looking for a new role, while also planning trips with each of the Littles to fly up to Ohio to visit with Dad…those were bright moments in an otherwise tough times…Dad was looking tired, but was otherwise ok…and I am grateful beyond belief for the time with him, and for the individual travel time I had with each of my Littles. What fun!

To prove there are blessings that come out of trials, I will tell you that I became closer to God than I think I’ve ever been in my life! Church and prayer became a refuge, and I am really feeling the tangible comfort that comes with being closer to HIM. My best friend gave me a daily devotional book, and it is my new addiction – I don’t feel complete if I don’t have that quiet moment with God each day.

We have also made some new incredible friends in the past year since moving back to Texas, and for that we are grateful. Most were made through the Littles’ school and activities or from the actual move itself, and we know what it is to be truly a part of the community, even if there is not enough time to get together as often as we’d like. I’ve also reconnected with old friends from the last time we lived hre (you know who you are), and there’s nothing like picking up where you’ve left off after all those years. Truly a blessing! 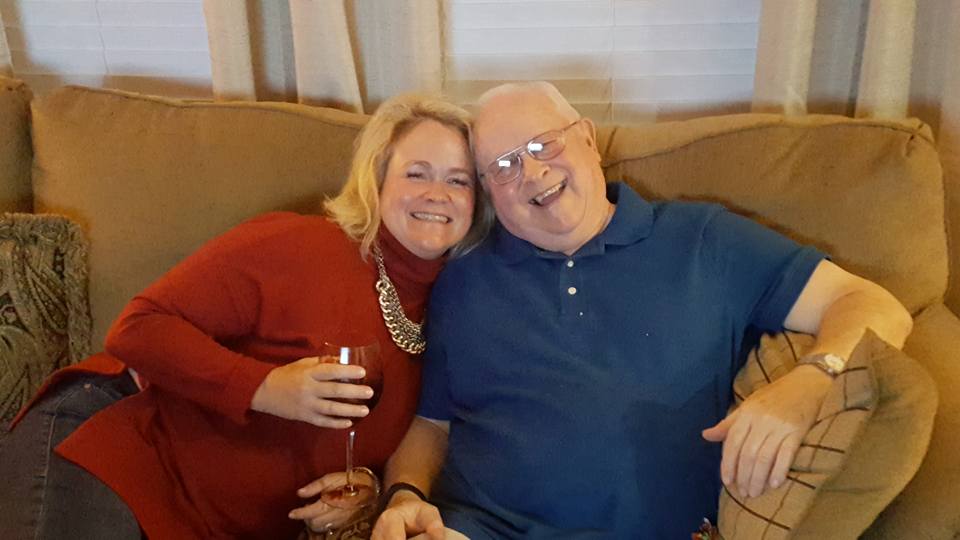 Another true blessing was Thanksgiving this year – we drove to Ohio for a full family holiday – my sister Julie hosted – and it was really amazing. All of my siblings, their families, and Mom and Dad, all in the same place, laughing and loving….truly a gift! Dad was tuckered out, but enjoyed the food, and I got extra snuggle time with him on the couch! Yay me!

And then, like magic, upon return from the Turkey Day holiday, I received a position offer from the most amazing company – Director of People – with the best culture, beautiful offices, progressive leadership, and more…and 5 months to the day of being let go, I started my new job! God is good!

So just in time to make sure the Littles had an amazing Christmas, I was back at work! Christmas was magical, especially since all of th 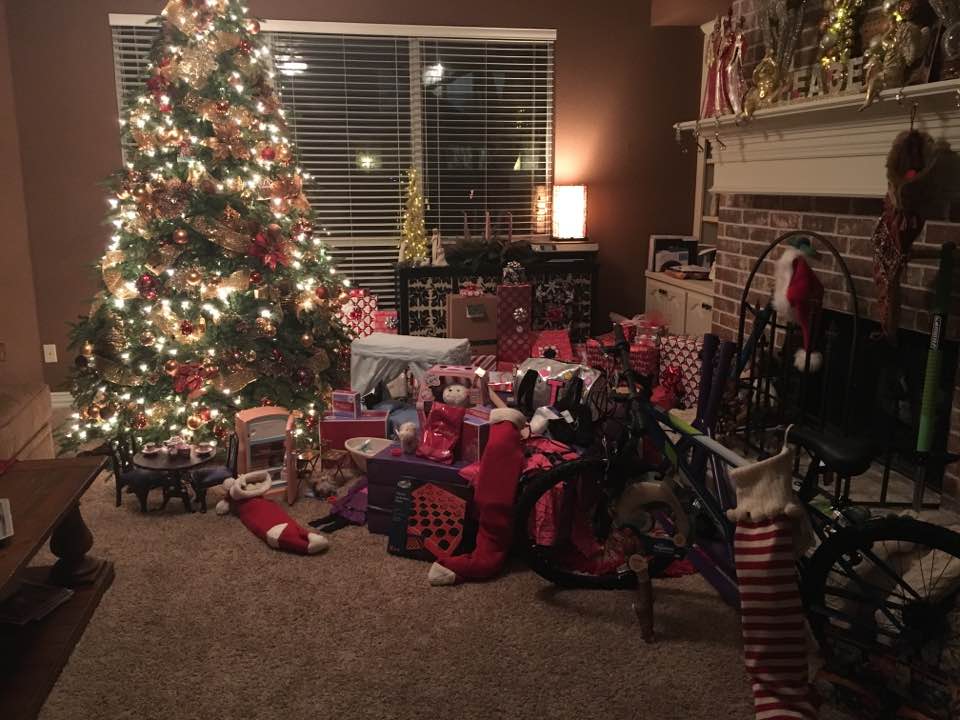 e Littles are still enthusiastic believers! Christmas morning, it looked like a gymnastics gym that had the American Girl Doll store explode around it, mixed with LEGOs, a bike and a drone for my Little big boy!

Christmas was not without some scary drama, with Dad ending up in the hospital with possible pneumonia and other heart-related complications, but the good news is he was released shortly after the holiday and is resting at home with therapists and my mom there to support his recovery. Again, proof that God is good!

So now I am sitting here, reflecting on the lessons of the past year, and looking forward to a much more (hopefully) simpler and humbler, uneventful 2017. Lessons learned? Yes….simpler is better…don’t get too comfortable….show love to those important to you…move forward no matter what…forgive those who hurt you (and move on)…know your worth, know your strengths…don’t be afraid to ask for help…follow your dreams…make it happen…keep going even when you don’t want to…

And finally….drink the wine!  LOL 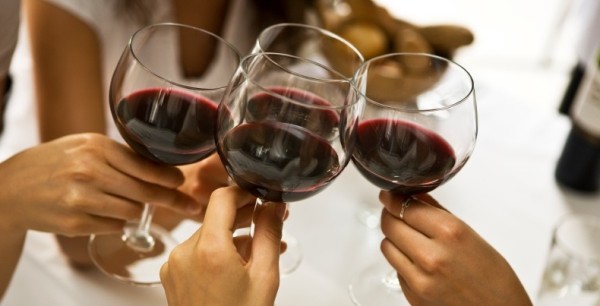