A little nostalgia along the way…

One of the highlights of our trip from NH to TX was a stop in Monroe, Louisian 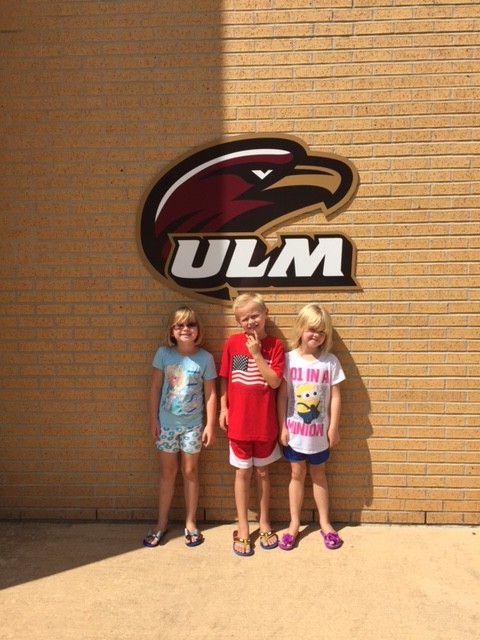 a – my old college town! The home of what used to be Northeast Louisiana University but is now University of Louisiana at Monroe (formerly the Indians, now the Warhawks thanks to the political correctness of our day)!

We realized somewhere along the way that I hadn’t been through Monroe in 19 years, so as you can imagine, a LOT has changed! All of the old dorms that I had lived in have since been demolished, replaced by what appear to be luxury apartments on campus! Jealous! There are also some incredible new buildings, including a beautiful library, and renovations to just about everything – and a Starbucks right on campus! 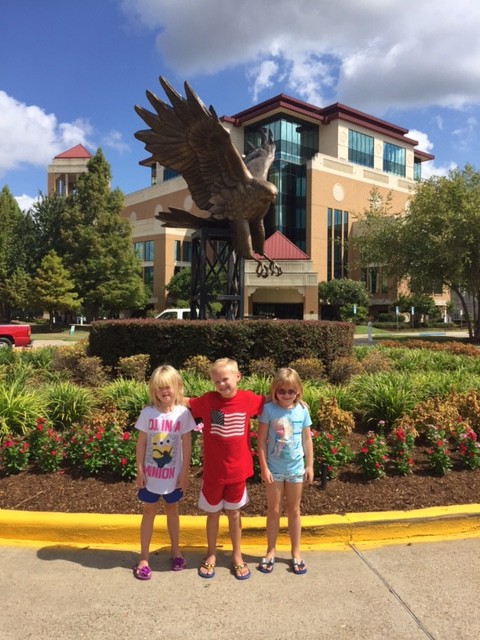 There are so many memories, I couldn’t begin to share (what happens at college stays at college), but one thing I will share is that when I was accepted to NLU, I was awarded a “work” scholarship, meaning that I would be assigned to someone – a professor, one of the admin offices, somewhere, to work 10 hours per week. And ironic, considering my current career, I was assigned to Mr. Duff, HR Director, in the campus HR office, who admittedly actually had no use for a student for 10 hours.

I spent those 10 hours per week mostly filing and stuffing paychecks (while desperately trying to keep my eyes open) – it was so incredibly boring, except for the payroll lady that was a bit of a nut, so from time to time, her shenanigans would liven things up a bit. But while there, Mr. Duff became a 2nd Dad for me away from home, and he looked out for me, gave me advice, and told me to watch out for all the boys because “they were only after one thing!” He and I have kept in touch over the years, and we 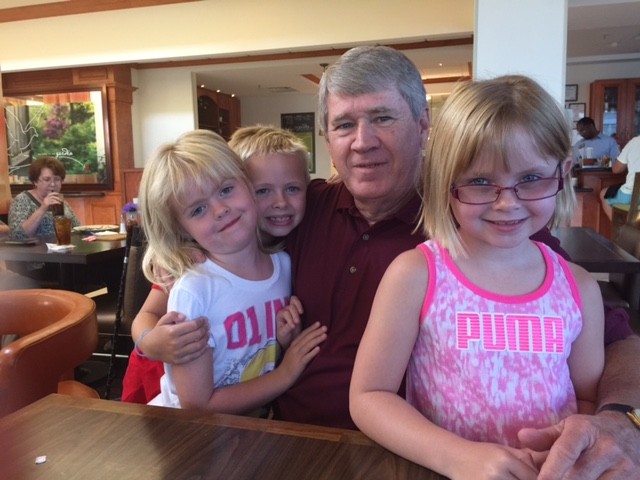 were fortunate enough to meet up with him for dinner the night we stayed in Monroe on our trip.

Nineteen years later, we reminisced, laughing about the time I was there, and the HR experiences we’ve both had over the years. I am so lucky to have been assigned to his office and made a lifelong friend and mentor. And I was so proud to introduce him to the Littles, who didn’t hesitate to shower him with their sweet hugs, somehow knowing he is special to me.

The next day, we visited the bookstore and picked up some ULM gear,

then trekked across campus so I could show the Littles the natatorium where I spent so many hours swimming with the team as a walk-on. Good times – ones I’ll always cherish. Unfortunately, the “Nat” as we called it was closed – no team anymore. Sad, but maybe someday they’ll get another one going.

We also went by the waterski ramp on the Bayou Desiard, where we used to swim out and sunbathe during off-times – tons of fun! And imagine – this school has a National Championship Waterski Team that actually practices on the bayou! 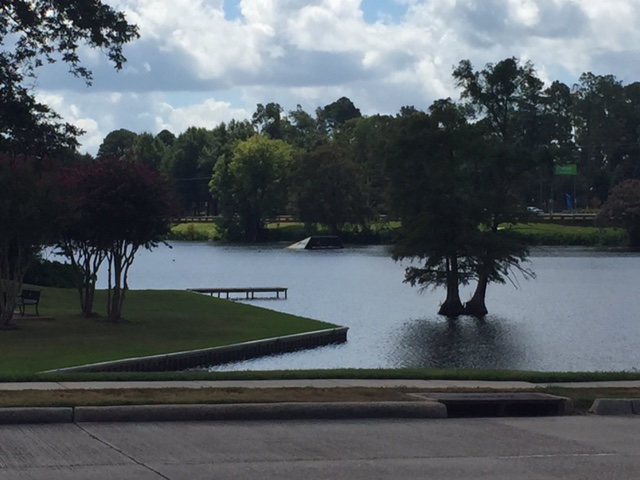 And another couple of fun memories – Peking Restaurant – which always had the most amazing Chinese food buffet – we would load up after swimming (and when we had money)! Can’t believe it’s still there!

And for those of you who have heard me speak of this and didn’t believe me – yes, it’s true – and here is a real photo – of the drive-thru daquiri place! When I was there, it was called Daquiri’s Unlimited, and now is called The Oasis Daquiris – complete with drive thru window! One of my favorite places when I was a student there! Only in Louisiana!  😉 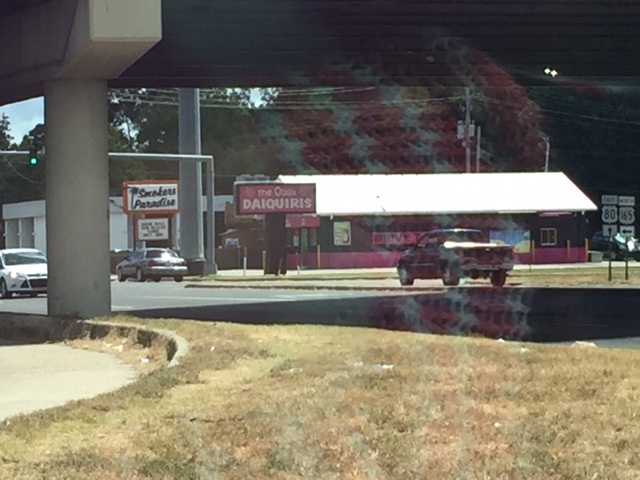 It was certainly a nice walk down memory lane, even having changed so much! The best part? Taylor exclaimed as we drove away, “Mommy, I’m going to go to college here too!” Who knows? Maybe! Go Indians! Oops…I mean Go Warhawks!